This is one of the few projects where I didn't rely to heavily on visual interpretations of the yokai to develop my own sketches, instead relying on detailed accounts from the stories they were derived from. I felt this was necessary to prevent creating illustrations that would be too derivative of previously published work. So, instead of focusing on what these monsters would look like, I turned my attention to how they would be oriented in shared compositions and the spacing necessary to accommodate the massive amount of text present throughout the scenes. In order to make editing more manageable throughout the progression of the project, I occasionally drew yokai in separate compositions, merging them later on with placeholder text plaques. Take a look below at how these two scenes developed over time.
Alternatively, we had to rearrange the dialogue to better suit the composition of the art. This was done either by splitting it amongst multiple scenes or rearranging the order of the dialogue so that it harmonized with the compositions more intuitively. To get a sense of the timing for the eventual narration that would accompany the video, I boarded a sample of the story to create better pacing.

Aside from finishing the linework, color, lighting, and shadow is also necessary to engage the audience fully. Since the tone of the overall piece is on the darker side, it was imperative that each scene no matter how different the monsters appeared, had unified values and color palette to ensure they occupied the same space. I also implemented various visual tricks to enhance and improve engagement with the audience. This included employing the use of a scarlet frame around each slide; a nod to the book the storyteller is holding, implying that the reader is delving within the pages of the story presented to them. Aside from being a visual motif however, the red subconsciously manipulates the viewer into maintaining their eyeline toward the center of each composition. This is a particularly useful tactic when text weaves in and out of each panel or frame.
Compared to other illustrative works I've done in the past, my use of shadows was much more subtle and less contrastive throughout many scenes. I took this ambient lighting approach as a time/cost saving measure that could still produce the same amount of impact if scenes with direct light sources were used in more dynamic ways. Otherwise, I just used simple shadow shapes to describe form, particularly in frame with prominent human forms and features. 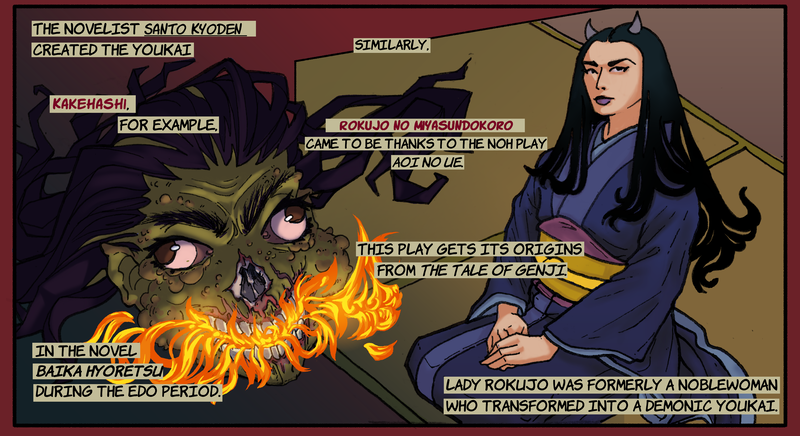 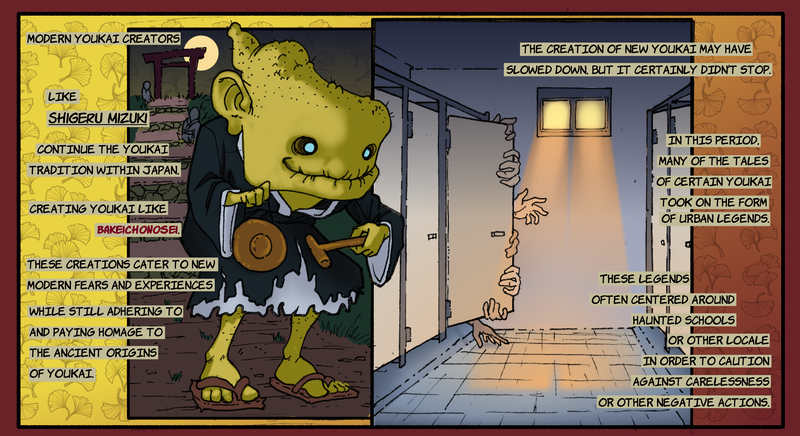 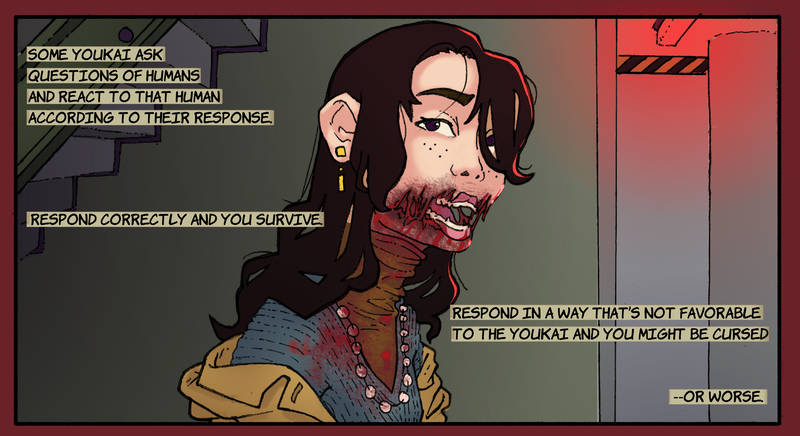 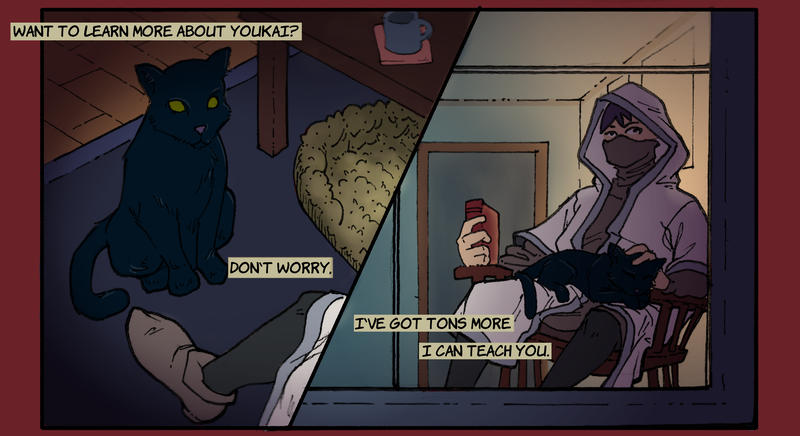