I commonly start the design process by pooling a reference board of images that are intended to inspire and pinpoint the mood/tone of my client's vision. Using keywords and other notes taken during the initial consultation, a mood board is created via Pinterest to help build a mutual understanding behind the design decisions I will be making as we proceed through the various stages of the design process.

Unlike some of my previous logo design request, Quentin turned out to be one of my more involved clients; actively sharing his ideas and creative influence from beginning to end. From the jump, he requested I find ways to incorporate a honeycomb into a waterdrop for the brandmark and a visually striking anime-esque letterform for the wordmark.
For the sake of maintaining harmony and balance throughout the conception of the brandmark, we thought it best to work on the typography for the wordmark simultaneously. We quickly realized that the bold hexagonal letter forms were too energetic, and lacked the universal appeal we were looking for. The aggressive abrupt angles in examples 3 and 4 pushed the BeeAqua identity toward "energy drink" territory.  On the other hand, example 1 had a "playful/inviting" energy that we aimed to associate the brand with. Example 2 had some characteristics that displayed some stable qualities, but pushed a "scientific" vibe that conjured comparisons to Vitamin Water at some point. It was also around this time that we noticed the difficulty in legibility and comprehension lowercase type presented to the viewer.  We would eventually forego the idea for a more practical case tense below. 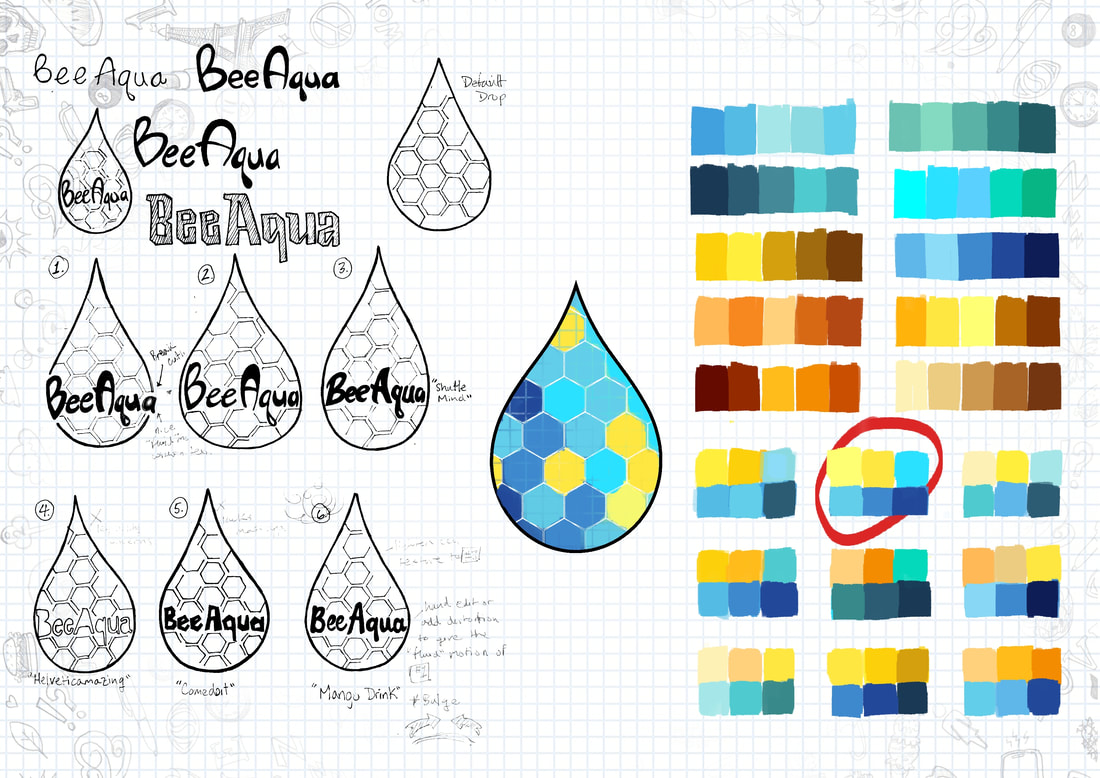 After several iterations, I concepted the first two typefaces above. 3-6 were jointly chosen after the evaluation of several dozen possible options from databases across the web. From this pool, only 1 and 6 advanced to the next stage of iterations.

While developing possible solutions to our typeface issues, I began to organize color palettes within a range of 6 choices. Since we decided to overlay the honeycomb throughout the droplet, designing the honey shapes in an appealing and sensible way was a fun puzzle. Examples 1, 3, and 7 lacked harmony/flow, 2 and 4 lacked body, 6 and 8 exhibited proportion issues, aside from the notion that 5 appeared upside down. Considering how gravity affects dissolution of honey into water, we thought it best to flip this design moving forward and also bring 8 along as a back up.

While we could have used solid color blocking solutions to finish the design, i.e; having individual cells a separate color, the oversimplicity actually overly complicated the design. Since there were way too many colors being used at this stage of the design, we began to eliminate unnecessary values wherever possible. We also tested ideas that included transparency and shadowing effects to emphasize the relationship between the honey and the water, but ultimately abandoned this idea to avoid printing and color gamut issues. 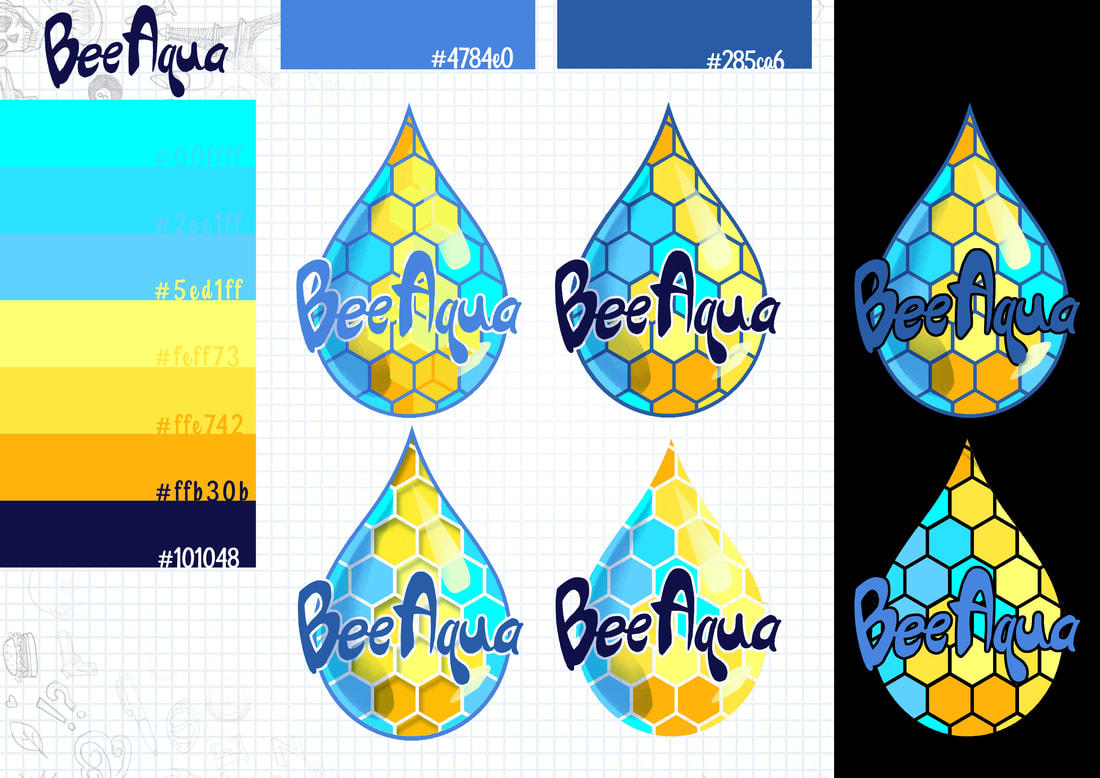 Since we appreciated both perspectives on how to approach the rendering of the water, we reached a satisfying compromise by unifying both ideas harmoniously. Unfortunately, in our final stages of delivery, trademark issues regarding the name forced Quentin to pivot from "BeeAqua" to "Beelieve". Overall, the name change is not a big deal, but I can't imagine finding the same solutions for our design should I have started with it.